For our next Creature Feature, we are going to take a look at a common, rather bland-looking little reef fish here in Hawai'i. I know I'm not yet "selling you" on this interesting little fish, but we see them on almost all our reef dives here in Hawai'i - and yet, we might not even be able to recall their names. These seemingly boring little fishes have a hidden secret - and perhaps a little insight into why they are so common. Are you dying to know what fish we're referring to, yet? Good - that way - you might notice them on your next dive or snorkel!

The Brown Surgeonfish (poor little ones even have a boring name), scientifically known as Acanthurus nigrofuscus, varies from a light grayish-purple to dark brown on the reef, and if you look very closely at its face, you can see some little orange spots that seem to freckle its little smile. Even in Hoover's book, Hawaiian Reef Fish, he states, "[this fish] is so unremarkable in appearance that most divers and snorkelers overlook it." But this fish is fascinating - because it could possibly be the smartest fish in our nearshore oceans! On page 196 of said fish book, (which you can buy, here!) Hoover explains a research study of 110 species of reef fish here in Hawai'i, by Roland and Marie-Louise Bauchot, that some fish are smarter than others - calculated by brain-to-body ratio. Bigger brained animals tended to be reserved for colorful, fast moving fishes, like the Moorish Idol. These types of active fishes, like our endemic Hawaiian Cleaner Wrasse, and the Bluefin Trevally, need their big brains to avoid predators - and they do so by memorizing where they are in the reef, so they can hide, find their home, and establish a larger portion of reef territory because of mapping memorization. The smaller brain-to-body-mass ratio fishes are reserved for sedentary or slow moving fish, like our Reef Lizardfish, or most of the moray eels. These animals have passive defensive mechanisms added into their lives (poison, good camouflage) so they don't need to know where they are, usually have small territories, and don't need to think about avoiding predators - no need for smarts!

Which brings us to what some of us curious-natured people might be wondering... "well, why is the boring colored fish the smartest then, if the smart ones are colorful?" That might be part of the plan, actually! Now, this is just speculation... but by having their dull brown coloration, they can avoid other predators on the reef as well - they have all their smarts, AND they are inconspicuous! They have even avoided us humans, too! They aren't collected by the aquarium industry, they're too small to eat, and divers aren't even interested in taking pictures of them! This fish is so smart, it has even made national headlines! Just kidding, it wasn't for their smarts - but they did make headlines! Hoover's book tells the tale: "In March 1993 the media announced that the biggest species of bacteria known to science had been discovered in the gut of this surgeonfish. About the size of a hyphen in a newspaper article, the bacteria apparently help aid in digestion." WOW! What a cool little sneaky fish! I hope you guys will look for this little brownish-purple, inconspicuous - yet fascinating! - reef fish on your next dive or snorkel! 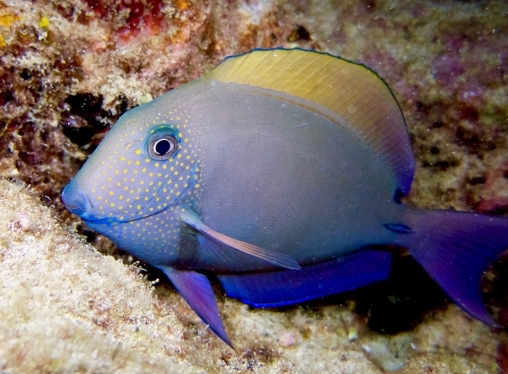 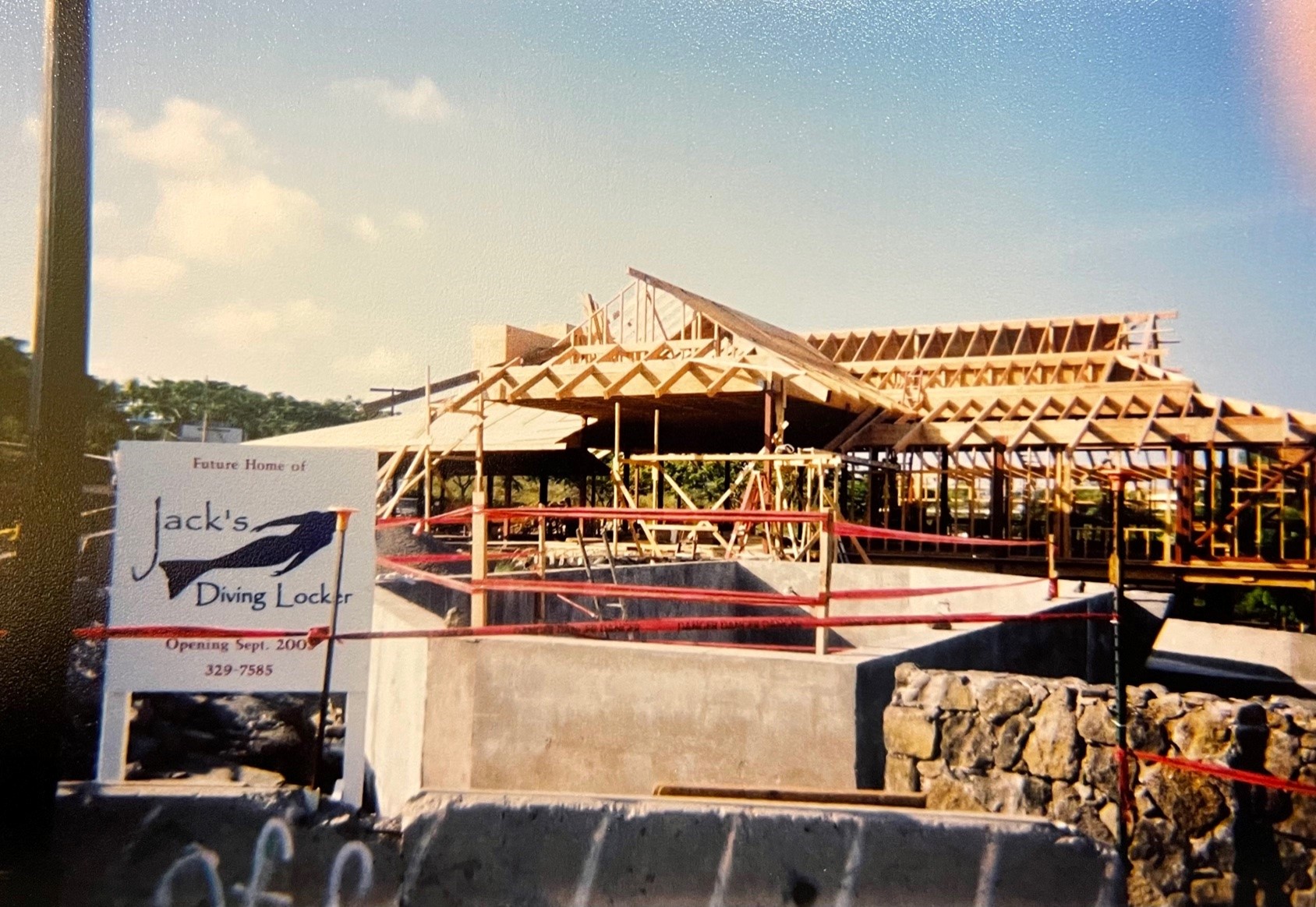 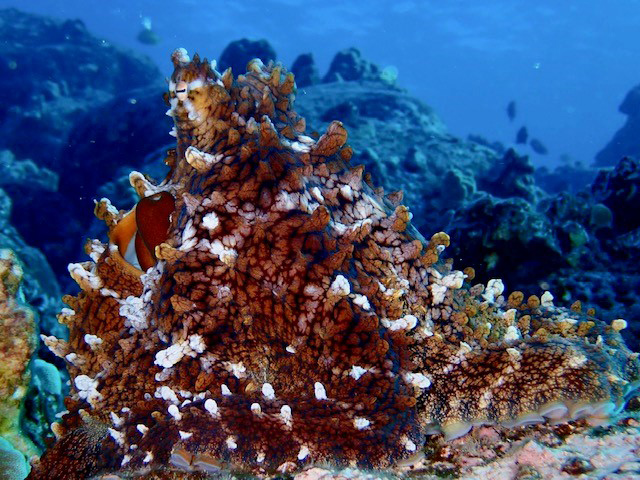 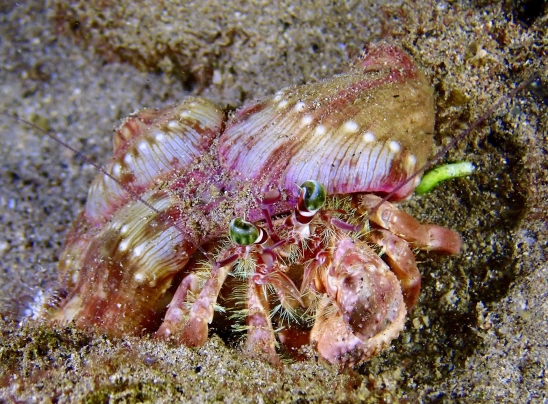 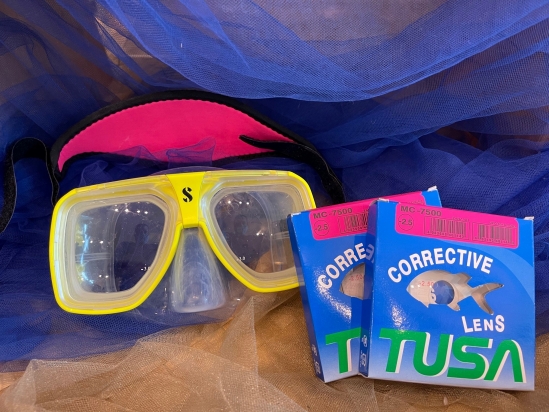 Prescription Masks Can Help You See In The Water! 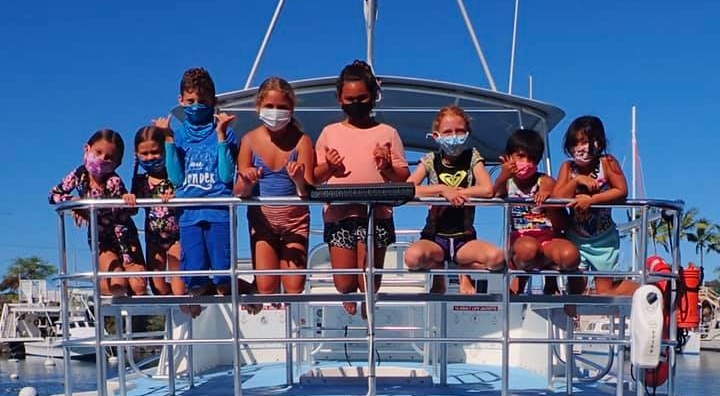 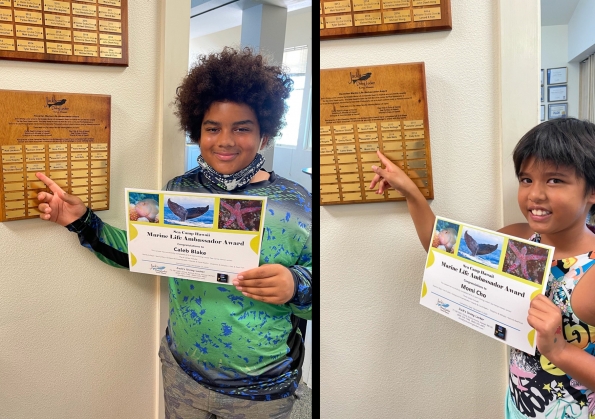